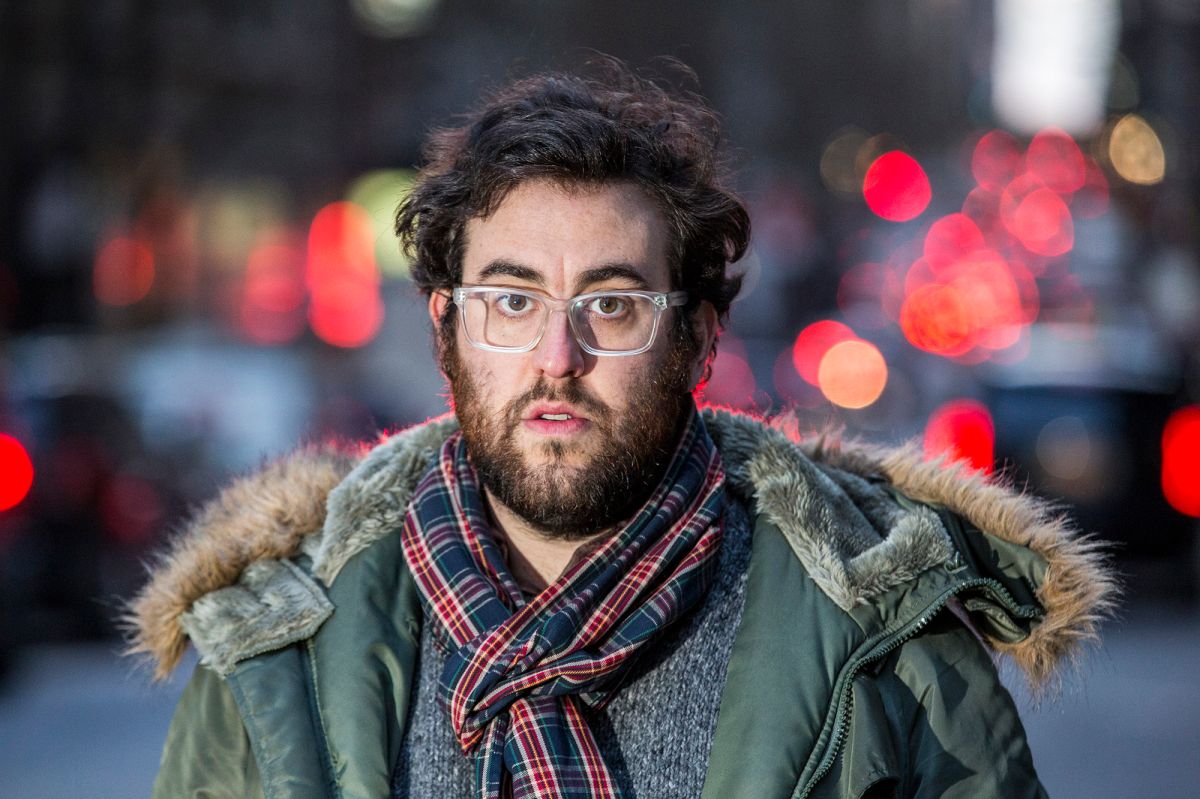 What we have learned from the Aaron Glaser case is that if a woman doesn’t report a rape to the police, or if she does but it doesn’t go to trial, we’re not allowed to talk about it in public and no repercussions, no matter how minor, are appropriate. If the law doesn’t hand down the appropriate punishment, if there is insufficient evidence or a rape kit is lost or a thousand possible things, her experience isn’t valid and she can’t talk about it, because it was never proved in a court of law. That’s some witch trial shit.  All due process means is that he can’t be jailed before trial.  It doesn’t mean it can’t be discussed or used as a reason not to book him, not to employ him as a teacher.

Other dudes say “He’s a good dude”, which means, “He’s never mentioned being a serial rapist.”

The dude might say “I’m not a rapist”, because he thinks maybe I raped somebody 3-4 times or whatever, that’s not what I AM, I baked a cake once, I’m not a BAKER.

If a woman says, “I don’t wish to do comedy around my rapist”, her option is to stay home.

If a woman says, “I don’t wish to file charges and go public about being raped, which will make me feel vulnerable and strange and it will make people treat me differently”,  her option is to shut up.

What do we do, as women comics? We talk about it amongst ourselves, in secret groups, we get called gossips and shit-stirrers, we maintain secret lists of people we’ve heard are rapists or sexual predators because that makes us feel safe.

That also means, if a woman is attacked who didn’t remember a name from the list or isn’t a member of a secret group, it’s back to being her fault.

This week a friend asked me about a comic I know, who I know to be someone who sexually assaults unconscious women. The word is that he has raped a comic in my old town when she was drunk.

Is the comic going to report it? No. She feels guilty. She feels ashamed. She has been violated. She wants to comfort herself and put it away.

My policy has lost me friends, because I didn’t “back up” an accused assaulter and other men in our circle think I’m not a good pal, because he’s a good dude.

And that’s a thing I’ll have to live with. First of all, this article is based on my own opinions and extrapolations from nine years performing in comedy, and many years before that of being a woman.  If it annoys you or makes you angry, I’m not surprised, but nor do I really care.

When Woody Allen married a child he helped raise, it threw us for a loop.  Some people stopped watching his films, and many of us continued but couldn’t enjoy them without any thought of his personal life.

Nothing prepared us for the Cosby allegations, spurred on by the comments of Hannibal Burress, and yet, the stories had been circulating for years and nobody paid attention to them.  There couldn’t have been a more shocking division of the private and the public versions of one man.

And now we have the Louis CK story.  Like Cosby, stories about Louis had been around: in 2009, I heard the account of two female comics being forced to watch him masturbate at the Aspen comedy festival, who were then advised it was in their best interest to keep quiet, but with Jen Kirkman’s podcast (now removed), it no longer sounds like a one-time poor occurrence.  And let’s be clear.  It’s no Cosby case.  It’s not serial rape.  But nor is it a kink.  He’s not getting outed for having a fun little fetish.  It’s for subjecting women to his cock who didn’t want to be sexually involved with him.  Why do men whose work we enjoy and respect keep letting us down?

There are a couple of forces at work here.

One is that women are garbage, and that women comics are even worse than that.  Cosby apologists let us know that women were liars who wanted money and all the kind of great attention you get from being a rape victim, the same happened to #yesallwomen.  So, that’s part one.

Louis CK defenders are pointing out that the only way women comics get ahead is by having sex with people in power.  A male comic friend of mine let me know that if a male comic asked me to go on tour, I should assume it’s because he wanted to have sex with me, because otherwise he’d just tour with a dude, like a normal person.

It’s irresponsible to say something like all comics have mental issues or depression or emotional problems or are full-grown man-children, but I have had friends who never dated before they did comedy, and for whom road ass is part of the payment of road work.  So, that’s part two.

If I stopped speaking with every comic who had been unfaithful to his girlfriend or wife, who’d sent unasked-for dick pics, who’d been predatory to new women comics, who’d felt entitled to sex with their female friends in comedy, who’d shit on their comedian ex onstage, who’d punched their wife, who’d tried to have sex with an unconscious friend on their couch, who’d laughed with their friends about passing women comics around like jizzrags, who’d judged women for sleeping with male comics but had never judged male comics, who’d had different women in every town before Facebook made the world transparent, I would have about five friends.

Part three is that when people get more powerful, that does not lead to being a better person.  You feel protected.  You have people.  You have representation, legal and otherwise.  Why would bad behavior improve?

Lastly, people are not entirely good or entirely bad.  That’s movie talk.  It is possible to enjoy someone’s art without agreeing with all of their opinions, behavior, or past.  It doesn’t make the problem go away, but being predators doesn’t make them not funny.

So, I’m sorry.  There may be other scandals involving your heroes.  They are happening because women are less-than and famous men are more-than.  I don’t know what else to tell you.  Hopefully, this gets better.  It’s not going to change without women getting angry, but guess what?  I am angry.  Hey, thanks for reading!

This is a non-comedy topic.   I’m sorry if that’s weird.  I’m still thinking about the reverberations of #Yesallwomen, and still wondering why men got angry and defensive when women told their stories of being molested, threatened, and abused.

This topic hit close to home when a dear friend woke up to a strange man in her bed last month. She was confused and terrified.  She screamed at him until he retreated, called the cops, is still scared to death, and is moving out of her apartment.

When I tell this story to men, men who I think are decent, men who are dear friends, men I have dated, their reaction is nauseatingly consistent.  They have questions that sound a lot like blame.

A: What the fuck difference does that make?

Man 1: She might have heard him breaking in if she weren’t on medication.

A: What the fuck difference does that make?

Man 3: That seems like a lie.  Does she have a history of lying?

A: What the FUCK are you talking about?  My friend is fucked up and scared. What the fuck benefit would she have from making this up?

The only thing  I can think of is that men are so freaked out by the very real terror of being a woman, the very real fear that we carry walking around every day, that their only recourse is to deny it.  Well, that doesn’t really happen.  That wouldn’t happen to someone who didn’t “deserve” it.  That it’s made up.

I don’t know, what other explanation is there?

The person I feel worst for is my boyfriend, who has heard every thought out of my head for six months. How is fox urine collected? Is one of my feet bigger than the other? How did they decide to market 180 gm vinyl? Unending.

I just panicked and slapped a bottle out of my partner’s hand and said “it’s not done yet!” It hadn’t gone through the sodastream, so it was still just...water

Oh, hot people’s hot takes rise faster than smart people saying smart things! That’s why Twitter is a cesspool I GET IT

FUTURE HEADLINES: Sept 21, 2060- End To Every Conversation Is Still “I Can’t Wait To See You When All This Is Over”

I'm super excited to vote for Joe Biden because he is the most qualified, experienced, and intelligent candidate who WON THE DEMOCRATIC PRIMARY, which is how we do elections.

Do you think chickens and lizards ever talk to each other about how they’re gonna get big again and be dinosaurs and just stomp everything?

Make sure you’re registered to vote!

Good morning! Had to take my headphones off becaus

Dang it, J.K Rowling’s an asshole

#dogprobs When someone gives you an awesome gift a

PSA to dudes texting me during lockdown #covidpsa

Casting call: if your newborn baby is not yet on L

I think that Portland prepared me for the Covid l

Maybe my favorite answer on Quora

#tbt a pic of me drinking in @thedr9wningman’s b

Hersh likes street art but can’t figure out what

Thought of the day

MDNT:45- when you have too much money *not* to dre

Note found in bushes reads: what kind of shit park

Today we ask the question: what if the kids in tho