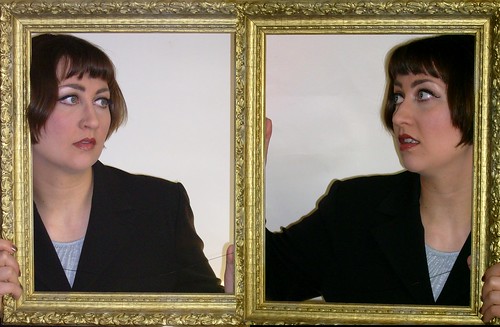 1. I saw a kid waiting for a bus this morning in a VOTE FOR PEDRO t-shirt that reminded me how glad I am that people stopped quoting Napoleon Dynamite all the time. Worst thing named after an Elvis Costello pseudonymn, EVER.

2. Vintage stores seem to have finally run out of NOS white belts and pointy-toed white boots.

3. Firedancing seems to have been replaced by the less flammable hula hooping: it used to be you couldn’t go to a nightclub or a grocery store grand opening without some lady with kerosene-soaked rags was gonna dance. What I like about hula hooping is that I don’t have to pretend there’s any skill involved.

1. I’ve seen three people on the MAX this week with old-fashioned moustaches tattooed on their pointer fingers to play Snidely Whiplash with. OK, the first time you saw someone with that, it was already over. The fat guy from Knocked Up has it. The first person with that tattoo was awesome. Everyone else is shitty.

2. MAC WORSHIP. There is no such thing as a hipster computer! Not unless it runs on cocaine! Your computer does not make you more creative or awesome! Your stuff does not define you! JAYSIS! GROW UP!

The Muppets were rocked by controversy this week after allegations that Gonzo is a turkey vulture who prefers to date chickens.

Milla Jovovich will star in the upcoming Monster Hunter, with Tony Jaa, Ron Perlman and embossed leather armor. She is widely known as one of the world’s best armor actors and will be petitioning the Academy to add an all-armor category.

After a press release stating that Mr. Potato Head would be rebranded gender-neutral, Hasbro has clarified that the brand will change, but Mr. and Mrs. Potato Head will remain as cisgendered and heterosexually married as they ever have been, which is very normal for potatoes.

A friend of mine wears a ski mask on dates, because she wants to make out like a bandit.

Thank god they have a travel size dental floss. Because if I had to travel with a full size floss, I would have to check another goddamned bag.

Well, the world’s going to shit, but I guess if I can get my pet’s face on my socks it’s ok